Culture Comment: And One More Thing to Kill Us All… 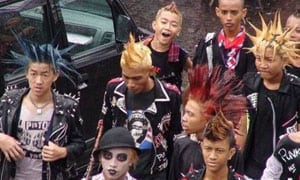 One thing it seems there is never a dearth of in the world around us, is some opinionated head in front of a camera telling us how this one stupid thing that no one cares about but him, is boing to be the ultimate destruction of us all.

What it seems like to me is that anyone with a pet peeve and the opportunity to do a little ax-grinding, can make a name for themselves by exploiting a media system that is simply jumping to exploit them, in order to exploit us, because they know we’ll all spend a day or two running around like cats with bags of flaming poo tied to our tails for a couple of days. As a culture, we love to be scared, outraged, doom-laden. Then, on the third day, we forget, and settle back down into our “normal,” somnambulant existences, until the next yahoo pops up.

But let’s observe for a moment, the number of times we have all had certain doom thrust upon us. (I would hope that it would go without saying that each of these dooms has failed to manifest, and yet in consideration of the culture I reflect upon, I have chosen to write it anyway.) Here are some things that we were told would end our way of life, in no particular order:

Of course, this is far from an exhaustive list. Still, I think it’s relevant to the national discourse to observe the number of times some douche-nozzle with a public forum has incorrectly prophesied the doom of us all, vs. the number of times they have been right. I conjecture one uncountably high number to zero. Our favor.

Spiraling down and down, into a pit of despair and fear-driven violence.

To the doom of us all.