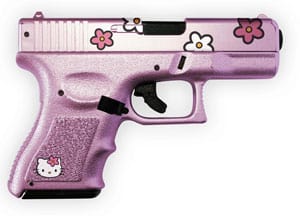 I have two close friends (that I know of, I rather suspect there are more) who are gun owners. Well, one close friend and one recently less close friend. We’ll call them Arnie and Baracus, for “A and B.”

Arnie is mellow. He carries a gun, but I don’t think I’ve ever seen it. He offered to leave it in his car when he came to visit, but I didn’t care. I’m sure that he must be pro gun rights, but I can’t recall us ever talking about it. He does know gun-stuff though, which comes in handy while gaming.

Baracus is the other kind of gun guy. He’s loud, outraged, and volatile. He likes guns, the more the better, and he likes everyone to know it. Baracus has, on numerous occasions, described stories to me where the gun in his holster has saved not only his own life, but the lives of others around him he considered under his protection. I am certain he is telling the truth, just as I am certain that if he were not a gun owner, those situations would never have arisen.

But that is another discussion.

Recently, Baracus was raging on the Facebooks about some TV station that was trying to “out” gun owners by creating a website that listed them. All of them. He provided a link to the site, as well as a demand that everyone boycott the station and their website. Since I had never heard of either of them, that part was pretty easy to do. I poked fun at him, because while I understood the overall dilemma, I thought it was kinda funny that this guy in particular was hollering about his name being one of a zillion on a list of gun owners, when he talks about his guns online, all the time. (Also I mentioned that he was providing the station with free advertising, since I and a lot of others did not previously know of it.) Then he called me some names, I tried to explain, and he de-friended me. It happens.

But it was still funny.

It occurred to me that I had not actually touched on the real schism in our perceptions. For Baracus, gun ownership is a Big Deal. It’s something worth getting worked up over, and a right worth defending vociferously. Everyone is after you, and if they don’t want to simply shoot you themselves, then it’s the government trying to soften up the populace so that they can take over militarily. (No need to mention that the government is already in charge.)

This isn’t really how I see the world. To me, gun geeks are another flavor of collector-style nerds. Guns are simply the thing that makes them happy to spend their money. Like comic books, video games, sports games, cars, or Klingon Bat’leths, they are not special, nor are they unique. The issue of the list of names in particular seems ridiculous, because other than aggrieved gun owners, I honestly do not believe anyone cares whose name is on it.

Overall, I think we would probably be better off with an un-firearmed population. Guns are dangerous, and people do get killed. However, I am very much against anyone getting their civil rights removed. I am willing to sacrifice however many people die by guns who might otherwise have lived, for the right of gun enthusiasts to continue their silly little hobby. Put another way, while I believe the right itself is trivial and possibly even stupid, I think keeping that right  in place is far better than the precedent that would be set by allowing anyone to take it away. Arguing otherwise, in either direction, seems disingenuous at best, and dishonest at worst.

Baracus will not read this. He will not even know it was written. If he did, he would probably be mad all over again. It happens.

And it would still be funny.