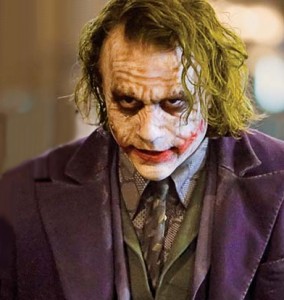 I am not a serious person. I crack jokes, I laugh a lot, and I tend to think most anything has a funny side. Personally I think this was a nurture rather than a nature phenomenon. My dad was a very serious (and slightly unstable) person who insisted that everyone around him treat him with just as much seriousness as he treated himself. For me this was more or less impossible.

But it set in place a pattern for me. Raised with an unreliable authority figure, I viewed authority in general as unreliable. This in turn promoted a sort of sideways view of the world, where people were less about their actions than their motivations. Many times this was very helpful, and led me to be able to see things others could not. I would even say it is an asset in my writing.

In one, glaring fashion, however, this has been a huge hindrance. My brain gets itchy in the presence of Very Serious People. My reflex, I’d almost go so far as to call it an addiction, is to puncture the balloons of the Serious, and let all their air out in a dramatic, farting, flapping display.

Those who know me have come to expect this. They nod and roll their eyes or even laugh when it happens. My wife Lena has given me a rule to hold to on these occasions: “If you stop to consider whether or not to say something, just don’t.” It’s a good rule, and would be an even better one if I actually stopped to consider the things I said more often.

Sometimes I offend people entirely incidental to what I’m talking about. Not long ago I made a joke that I thought was funny, and the people I made it to said… nothing. Lingering, thunderous silence. The joke wasn’t at anyone’s expense, and it didn’t make anyone look stupid or bad, but it did relate to a work that Very Serious People might consider sacrosanct. (Not the Bible — this time.) This kind of thing happens to me every so often. I suppose it is the hazard of my “addiction.”

In fiction the Smartass is often the crowd favorite. For the most part, I have found this to be true in real life as well. In best light, we are the jesters, the people who say the things others were thinking, but too shy to relate. At our worst, we are curmudgeons, iconoclasts, or simply vexing know-it-alls who don’t know when to shut up.

I do not know where I stand on the scale between Champion of Truth, and Irritating Asshole. But I have decided to put the question aside for now, as I have discovered my own identity. Lena’s best friend called her not too long ago complaining about her husband, genuinely angry. In response, Lena asked her if she had seen the most recent thing I had posted on Facebook. (I think it had to do with penises.) There was a pause while she looked it up. When she returned, the anger was gone, and she thanked my wife for her help. “Well at least he isn’t doing that,” she said with a laugh.

I was happy to help.