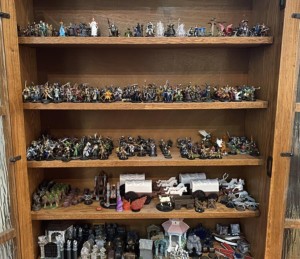 I cannot tell you how much it is making me itch that I cannot reach into this picture and close the cabinet doors. What if a photo of my dog came by and ate something?

For years Lena has made fun of me for being obsessive. It was nonsense, obviously—no matter how many miniatures you have it is easier to pick the one you want at a glance if they are stored in neat and orderly rows, organized by class and race, facing front, tallest at the back. That’s just science.

And everyone has their own way to load the dishwasher. Of course, if someone else loads it wrong you have to unload it and put everything back in correctly, taking a little extra time to rinse off anything they might have missed first. Forks and spoons get classified by height and top drawer items by material.

It recently occurred to me that I might be happier if I relaxed a bit with all this extra responsibility I was heaping on myself. I’d have more time for writing, anyway. And that was when it hit me, I am obsessive *, and it’s a good thing.

Like this drinking cup I got from Disney. My tea stays cool all day and it never leaves a condensation ring. Remember reading about the Disney trip? I am so glad we went then. I couldn’t have planned it better if I had known that a global pandemic was about to strike and this would be my last chance for who knows how long.

But to be clear, I didn’t know that. I am not a psychic. I’m a zombie-lord. It’s different. 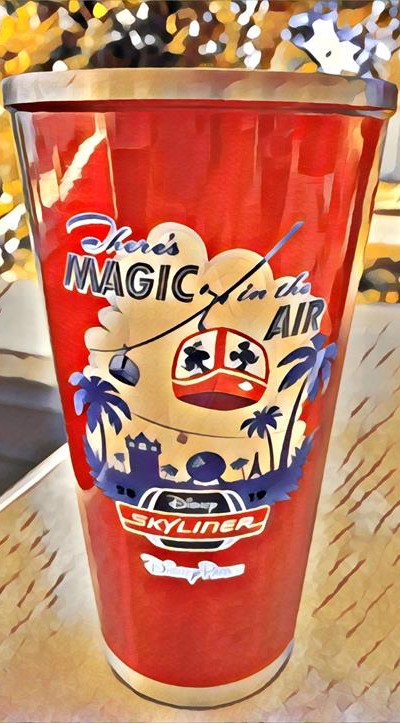 It’s the best cup ever. I never want to see another cup.
If you try and take my cup we will fight. Also, it does not go in the dishwasher.
It must only ever be cleaned by the soapy breasts of glorious angels.
You can put the angels in the dishwasher though.

Yesterday I finished my prep work for Book Four: Illusions of Decency. It started with an eighty-two-word basic concept or a single medium-length paragraph. I worked that into a nine-page treatment, or another 4,300 words, with specific arcs I wanted to accomplish, plot and character beats, and a rough outlay of the bones of the book.

It does help if you think of your book as a corpse you are building. That has nothing to do with being a zombie-lord though. All writers build corpses.

From the treatment, I built a 20,000-word scene list/outline that I will use as my guide to write the whole book. This is a spreadsheet that lists where the scene is, when the scene is, what actually happens, whose point-of-view it happens from, how the scene ties into various other places and what specifically the scene is meant to accomplish. Finally, my list tells me what is going on with other characters at the same time that we’re not seeing because we’re watching this scene go down.

Once all of this stuff is done, the writing usually zooms along pretty fast, somewhere between one and two months to finish the first draft. I’ve also never suffered from writer’s block because I always know what I’ll be writing when I sit down.

This doesn’t even touch the World History document or the World Bible which I am constantly adding to, and which collectively comprise between two and three books worth of material.

All that crap is the result of being obsessive about my work. I am, and I’m okay with it. I kinda wish any of my high school English teachers could see how I operate today, given that not one of them was ever able to make me review my own work even once. These days I have probably read my own book one or two dozen times before it ever sees publication.

Every writer has a different process, though it seems they are all about the same amount of work. Some writers claim to work without an outline of any sort, they just sit and write until it’s done. But those writers are really writing their outline as a first draft, and then they have to go back and rewrite pretty extensively. I have even met a few writers who do far more prep work than I do, but those people are simply crazy**.

I gotta run. Lena was helping out in the kitchen earlier and I have to check the dishwasher. 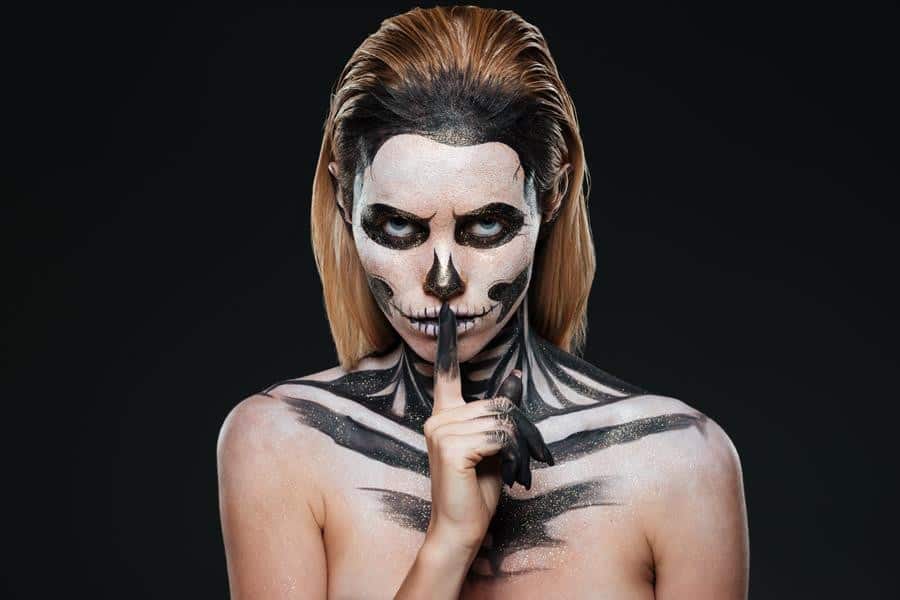 This is what a typical writer looks like, going about her day. Try not to make any noise.

Kevin Pettway is the author of the Misplaced Mercenary series, published by Cursed Dragon Ship Publishing. The first book is titled A Good Running Away, and is already out. Book two, Blow the Candle Out When You Leave, is available for preorder.