Lena asks me this, and I ask her, at least once a day on the weekend, and maybe a couple of times during the week. My answer is always the same.

Of course, I don’t say that, because the worst thing I can think of is that she will think it’s a good idea and then I will have to listen to her scream, which will absolutely not make me want to scream any less. Making other people scream doesn’t help, unless you’re playing a video game where you string dynamite to arrows and shoot them into the middle of a KKK meeting off in the woods.

Those screams help a little. 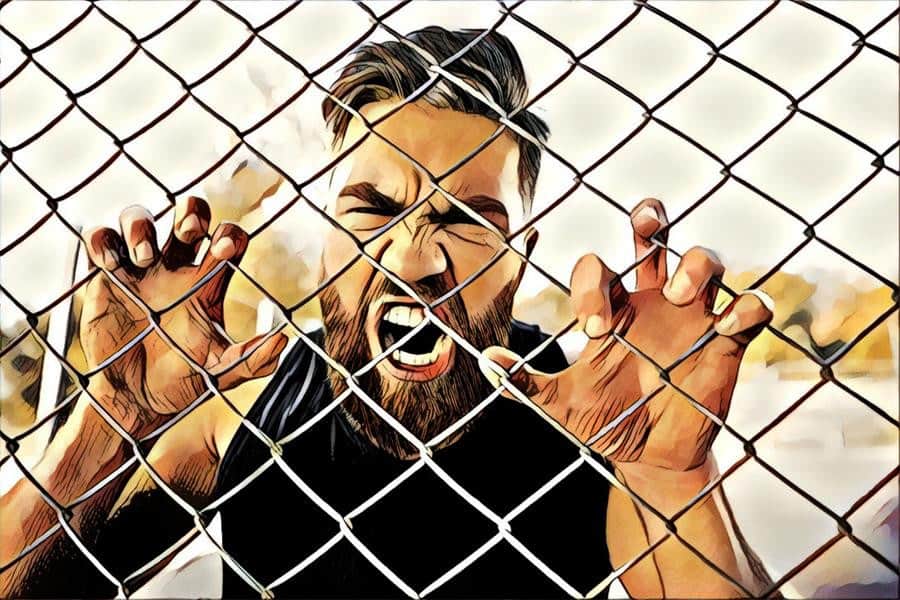 Ever wake up with that not-so-fresh, just slept in a cage feeling?

When I first learned how to drive, back when I was much younger and much, much more of an asshole than I am today, I would lean out the window and scream at pedestrians when they got in the way of my used Datsun B210. I wasn’t even angry, I was at that stage of teen development when you are pushing your boundaries and trying to discover who you really are.

This behavior lasted until the first time I did it in front of my grandfather, who did not approve. That, as they say, was that. 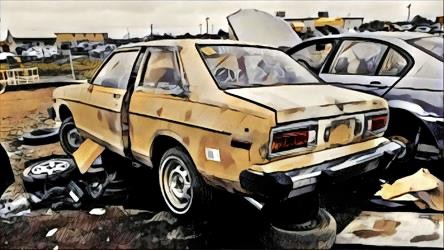 Not my actual car, but a reasonable approximation.

I don’t think I’m really angry now either, and I’ve had long enough in my own skin to know more-or-less who I am. (Lena might disagree.) Wanting to scream seems to be the reaction of being caged, not just in my home, though that is part of it, but also by a strong uncertainty in the world outside my home. What will a post-Covid America look like, should we ever get there? What will the upcoming election do to our population? Do I have enough ammunition for the Toilet Paper Wars of 2021? 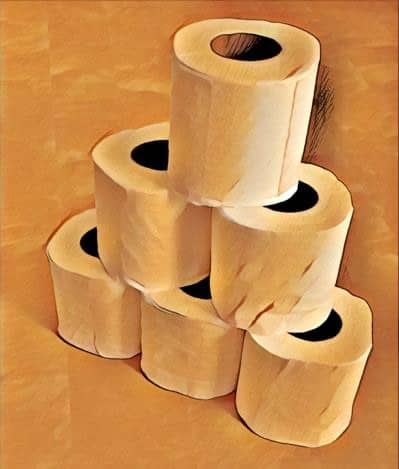 No one has enough ammo. No one.

Not long ago I was a goddamn hero for staying put during lock-down. Then everyone realized that the real goddamn heroes were the people who kept working. The people who delivered our groceries and home goods and pizzas and self-lubricating sex toys. (Don’t judge me. I don’t tell you how to spend evenings with your family.) Overnight I went from shut-in to hero to chicken, much in the same way I went from being a dick to being afraid of my grandfather, to eventually only sort-of a dick.

There is always room for improvement.

Now like I said, I do not tell Lena that I really want to scream, and I’d appreciate it if you didn’t either. She worries.

So what do I tell her?

You think you know the answer to this, don’t you? Because of the sex toy thing. You have a dirty mind.

No, I tell her the truth, which is that in addition to the thing I don’t admit, I also want to play Red Dead Redemption and shoot songbirds out of the sky and mail them to some idiot in New York who sends me way too much money for them. That and stringing dynamite to arrows and shooting them into the middle of KKK meetings in the woods. That’s loads of fun and makes me scream with joy.

You dirty thing, you.

Kevin Pettway is the author of the Misplaced Mercenary series, published by Cursed Dragon Ship Publishing. The first book is titled A Good Running Away, and is already out. Book two, Blow the Candle Out When You Leave, is available for sale today.