A Deeper Look at Andos: The River Krait 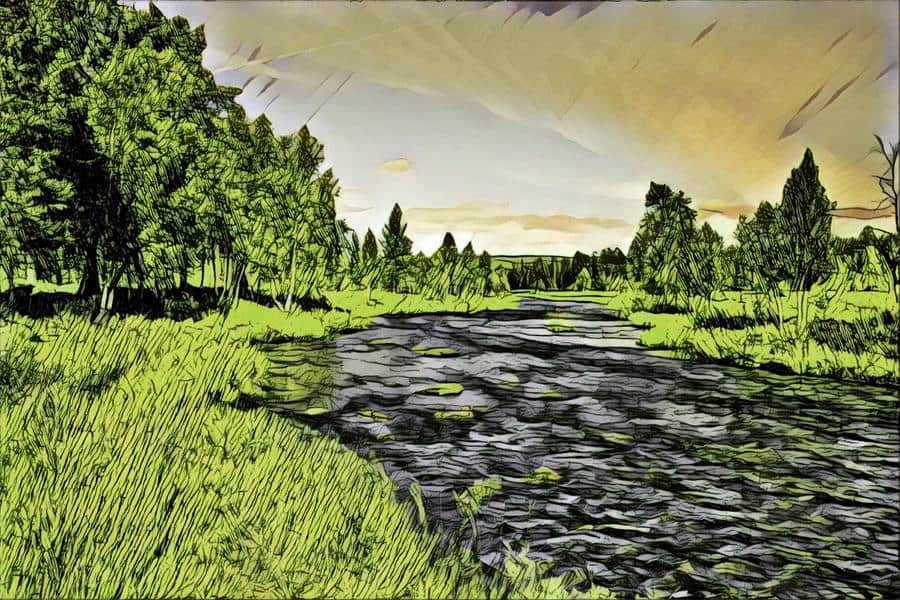 This is the Greenshade River, bordering on the Low Wood, home to Old Joe,
a peaceable and ancient river krait. Old Joe is also a female,
though no one has ever gotten close enough to check.

The first time a sailor spies a river krait and realizes what he is looking at, it is likely to be an existentially life-altering—and probably pants-soiling—experience. Ten to twelve feet in diameter and over two hundred feet long, the mostly impassive animal lays down along the bottom of large riverbeds waiting for food to swim into its mouth. This is where the Pavinn phrase, half as long but twice as lazy, which refers to once-virile husbands who have grown sedentary later in life, comes from.

It is not a compliment.

Although tales abound of monumental river kraits crushing ships and eating their crew like gamey and undercooked traveler’s rolls, in truth it has never happened. The occasional krait may find something curious about a passing vessel above and take a look, but they prefer not to expend the energy on anything that does not threaten them or their environment… which is not much.

So where did this improbable behemoth come from? Ignorant and fanciful scientistsspout outlandish beliefs that the river krait is a product of a ridiculous process they like to call evolution, which states that mother kraits pee on the heads of all their young every morning, forcing them to grow in order to escape the daily pee-bath. This is obvious hogwash. Educated scholars know that river kraits were created and placed by the first daughter of Oldam and Hedra, Lorrianna, goddess and matron of streams, breezes, subtlety, and tricksters. 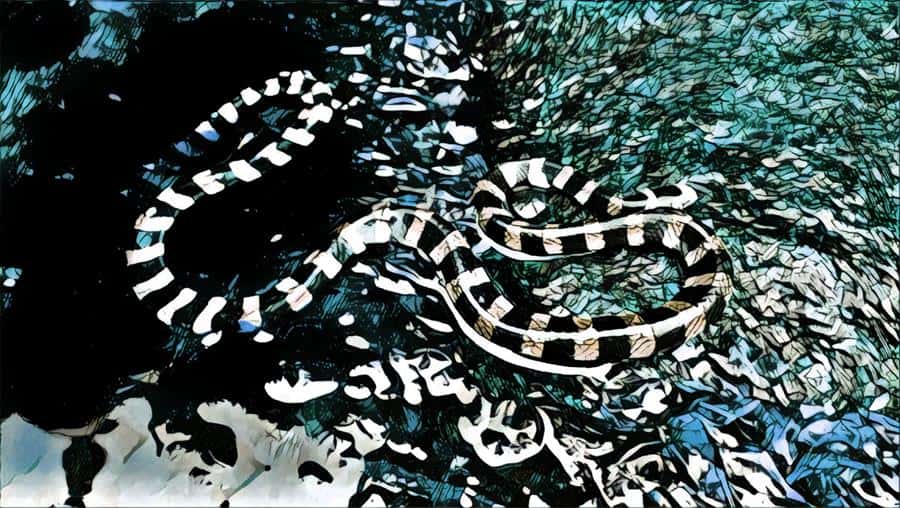 The story goes that Lorrianna, said to be able to talk the red from a rose and charm the sharpness from a spear, was bathing nude in a silver pond among the forests of what would eventually become Mirrik. (While her naked cleaning habits are not germane to the tale, the truth is that every story involving Lorrianna begins with her in a state of undress, no matter the setting. We may safely assume a measure of narrative bias on the subject of the goddess’s titties, which are always well-described.)

As Lorrianna finished her bath, a Loathsome Sea Creature entered the silver pond. This was not all that unusual, for when Andos was new all the waters of the world were fresh and sweet, and no fish had established its preference for stream or ocean.

The Loathsome Sea Creature espied Lorrianna’s naked body and cast its eyes upon her, which pissed her off and she killed it. She then took it home to the Alireon for a big fried fish dinner. (Being a representation of Perfect Womanhood, Lorrianna always ate everything she murdered.)

That night, as Lorrianna slept, the Loathsome Sea Creature whispered to her from her belly, as one’s food often will if one eats too late, and gave her a vision of the future. In her vision, she was Tall and Beautiful, which did not surprise her. More vexing was a yet unborn child of the gods who lived beneath the waves in the ocean’s blackest night, who overran the streams and rivers of the world with her servants, and stole dominion of everything away from the Alir. Lorrianna awoke determined to prevent this from ever happening. 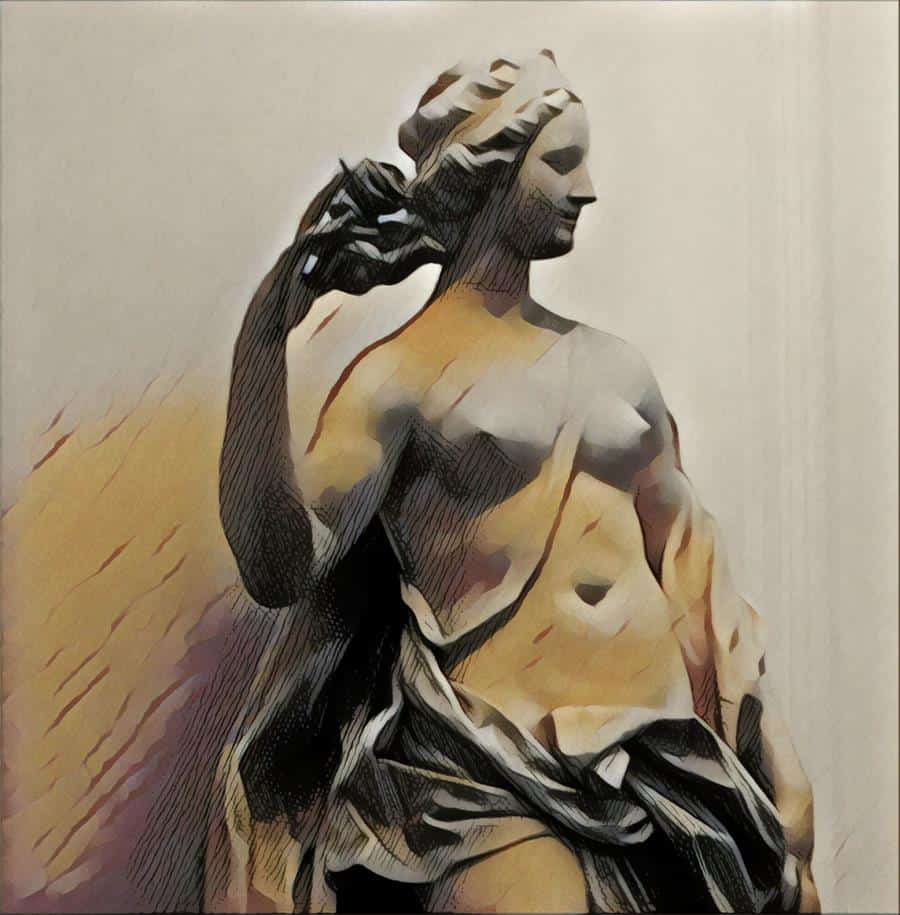 This article of clothing is known as a godkini.

The goddess went to her garden and spoke to the stones, asking, “Which of you are worthy to save the world of the Alir?” A great clamor arose then as the stones argued their worthiness, and with a sigh Lorrianna instead simply picked the one most shaped like a big penis.

After consummating her ritual with the stone and throwing it back in the garden, Lorrianna gave birth to the first of many great river kraits. She placed them in the waterways of Andos, ready to keep out all the minions of the unborn child.

And that is how river kraits came to be.

Evolution. It is to scoff. Scoff-scoff. 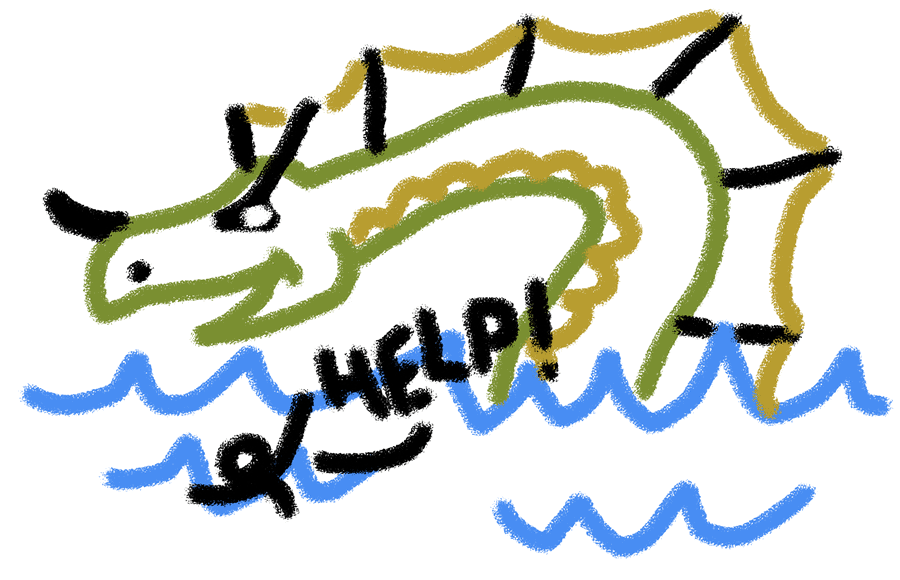 Artist’s rendition.
If you don’t take the term artist too literally.

River Kraits are known by many names. River dogs, representing their protective nature, Andos belt, as they appear in exaggerated tales to be long enough to circle the world, and window snake, which springs from their translucent scales, big enough to form large window panes. Scales will very rarely be found in river beds where kraits live. No one has ever killed one of the beasts.

If you ever find yourself in the water and you spy a river krait, have no fear. Simply swim away from the head and do not go near the mouth. Specifically do not go intothe mouth. This is important to remember as the krait itself may be inclined in the opposite direction, and you will need to remain firm on the subject.

Maybe just stay on the boat. That seems safer. 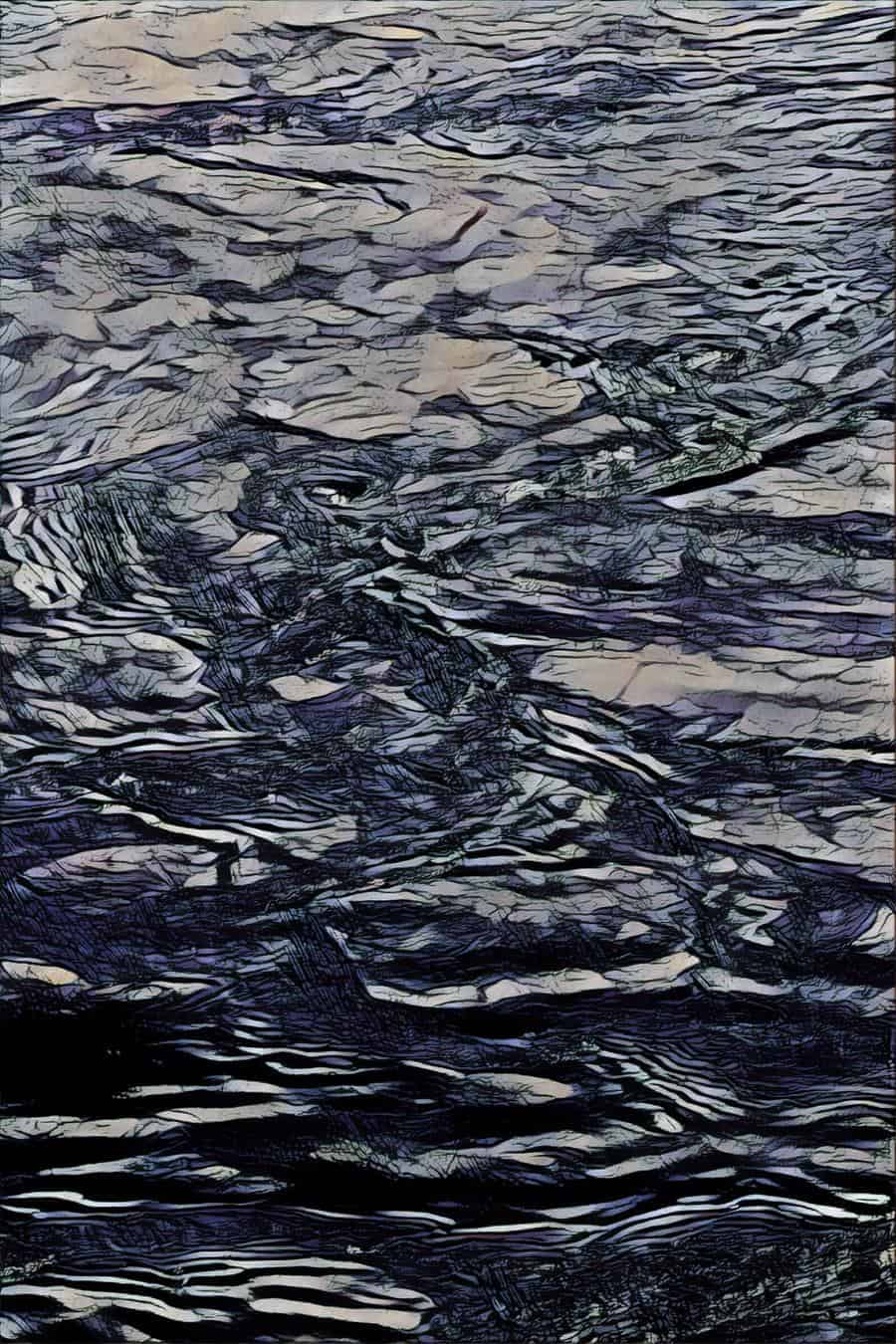 Sometimes it is better to cut your fishing line and walk away.