It Takes Two to Make a Thing Asplode

Lena and I loved Horizon: Zero Dawn. (Robot dinosaurs—fuck yeah!) Then we loved God of War. (Never felt like more of a badass.) We went on to play Red Dead: Redemption II for over two years. (So many side quests.) We tried The Witcher III twice but put it down with a frown after less than ten hours both times. 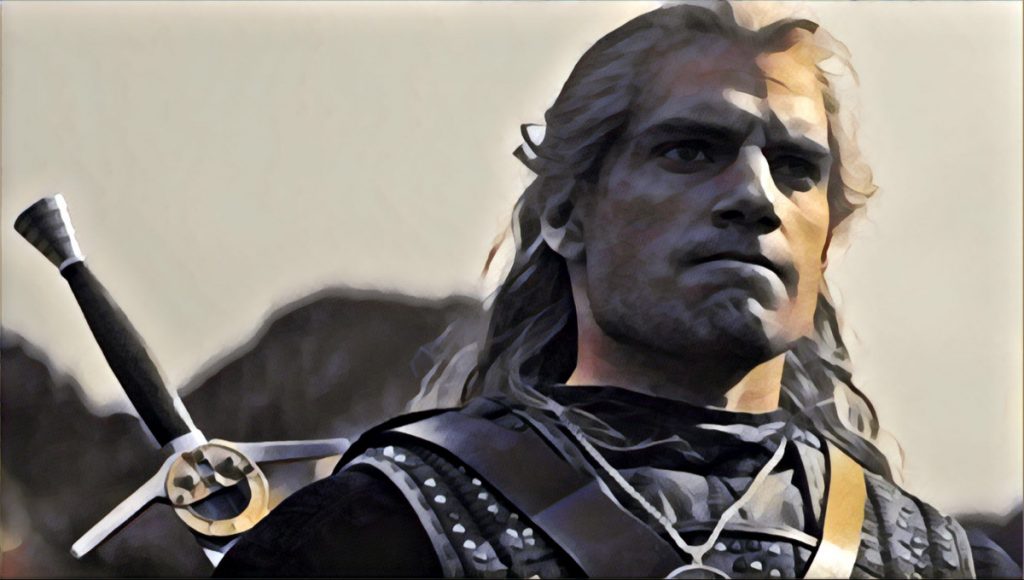 The answer is the same for videogames as it is for books. Horizon, GoW, and RDR2 all had characters I liked. I cared about them and wanted to find out what was going to happen to them. Now there are all sorts of reasons to want to play a game, and sympathy with the main character is hardly the only one. However, it is never wrong to create a sympathetic main character, and people like me will be much less inclined to try and return your videogame if you do.

Which leads us to our most recent experience.

I am assured it took two designers to create this logo.

Way back in March of this year, a videogame developer Hazelight released the co-opiest little co-opper ever to co an op on PS4 and PS5. (Co-op = cooperative play, for the muggles.) It Takes Two follows Cody and May, the bickering parents of preteen Rose, on their wacky adventure. Cody and Rose cannot seem to get on the same page regarding errands, work, and child rearing, and decide to get a divorce, which I guess seems more expedient than couples’ therapy. After all we’ve got a game to get to. They tell Rose, who excuses herself from the table and, hell spawn witch that she is, curses her parents to live the rest of her lives as dolls.

Okay. So, it was an accidental cursing. Whatever. 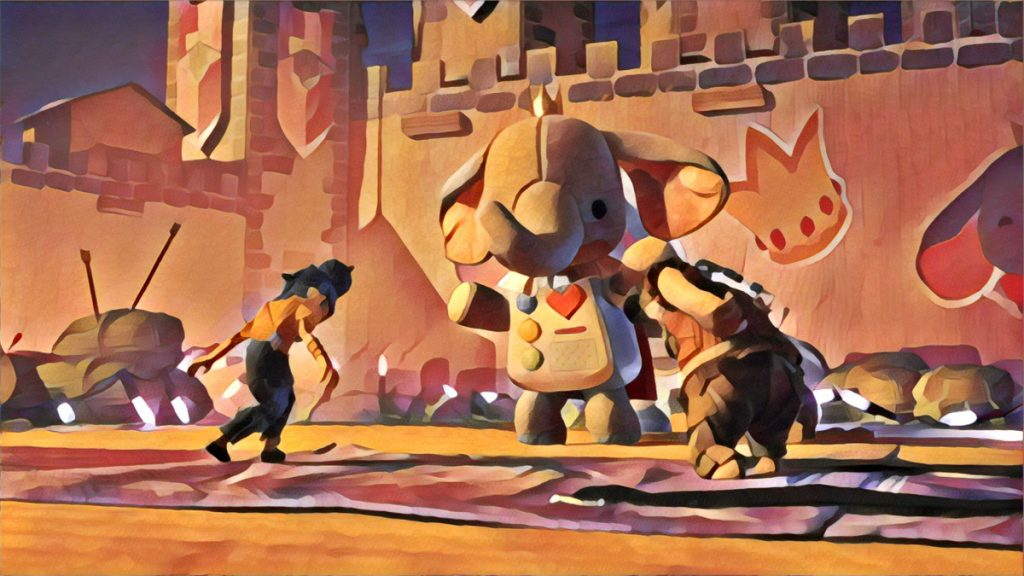 When your only tool is an elephant gun, every problem starts to look like something you could solve if you were more than two inches tall and could handle an elephant gun.

Cody is made of clay, malleable and soft. May is made of wood, hard and unyielding. You get the parallel, right? Anyway, both parents are given a variety of creative but differing devices and abilities throughout the game to navigate the platformer/third person shooter/old school videogame play. While there are always things that players can do individually, at least half the challenges can only be accomplished together. In the first scene May carries a hammer head and Cody a backpack of throwing nails. In the next he lays down explosive tree sap while she shoots matchstick rockets to ignite it. 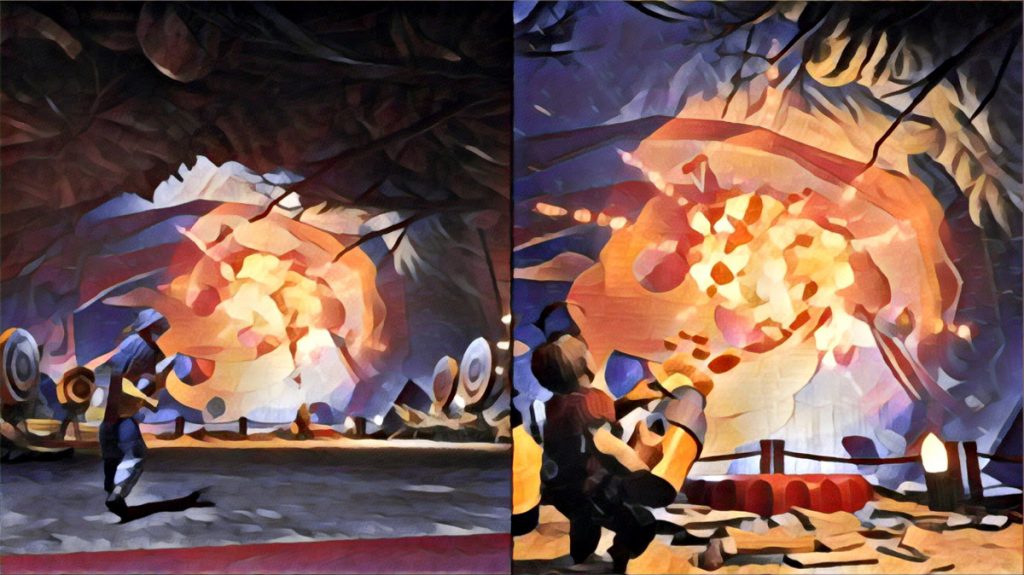 Who wouldn’t go to therapy that looked like this?

While May and Cody are often bickering, they begin to occasionally voice support for one another, giving glimpses at some ultimately satisfying character arcs. I hope. We only started this thing two days ago. At any rate, the dialog seems natural and engaging, and while both parents need some conflict resolution courses, their points of view are understandable and only deepen your connection to them.

Then there’s that fucking book. 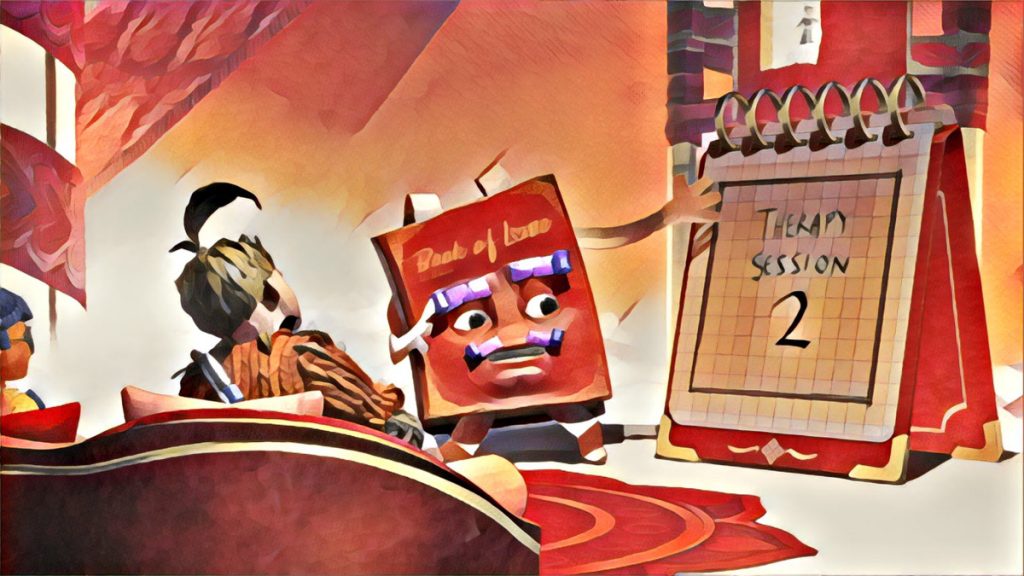 Specially made for people who’d like to murder their therapist.

The role of Satan is filled in The Book of Love by Dr. Hakim. While encouraging you to work together and resolve your differences, this goddamn piece of mispurposed toilet paper makes you hate reading by snatching away victory every time the characters begin to get ahead. He’s also creepy-looking and speaks in a cheesy Mexican accent. At one point you have actual fire at your disposal when the book shows up—and a genuine will to use it—and it’s a fucking cut scene!

No Self-Helpicide for you. Remember that therapy you avoided earlier? Well, you get The Book of Love instead. Chew on that. 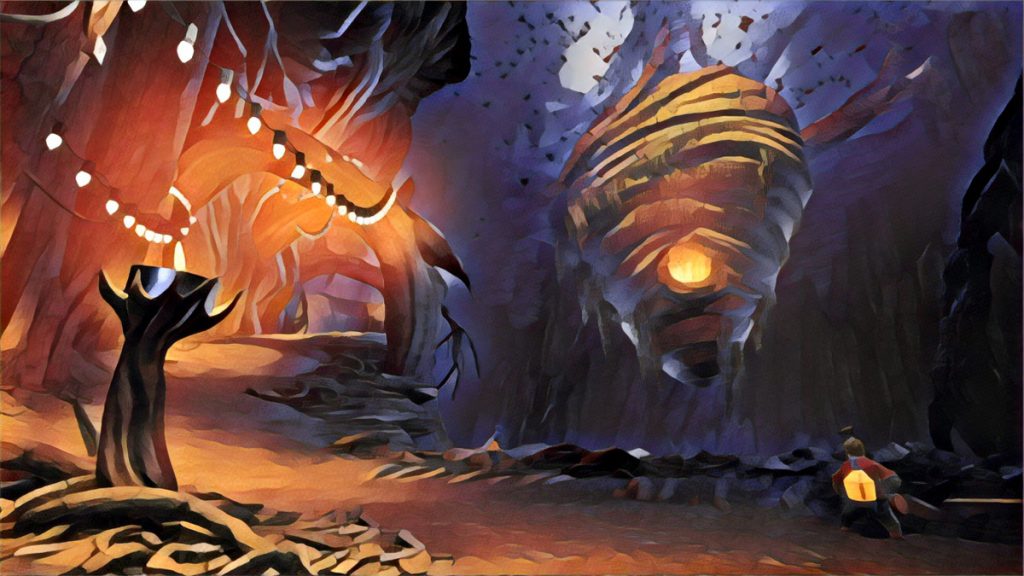 The wasp hive beneath the yard, that of course is all MY FAULT for not having taken care of it last weekend.

So, the characters are lovable, the story is fun, and the dialog is both endearing and clever. Gameplay rewards creativity and gives you plenty of opportunities to exercise it. Death is instant and painless and often played for laughs. This encourages you to get goofy since the penalty for screwing up is so light. Boss fights can be tough, but if we can do them, you certainly can.

I wonder if there will be any robot dinosaurs? 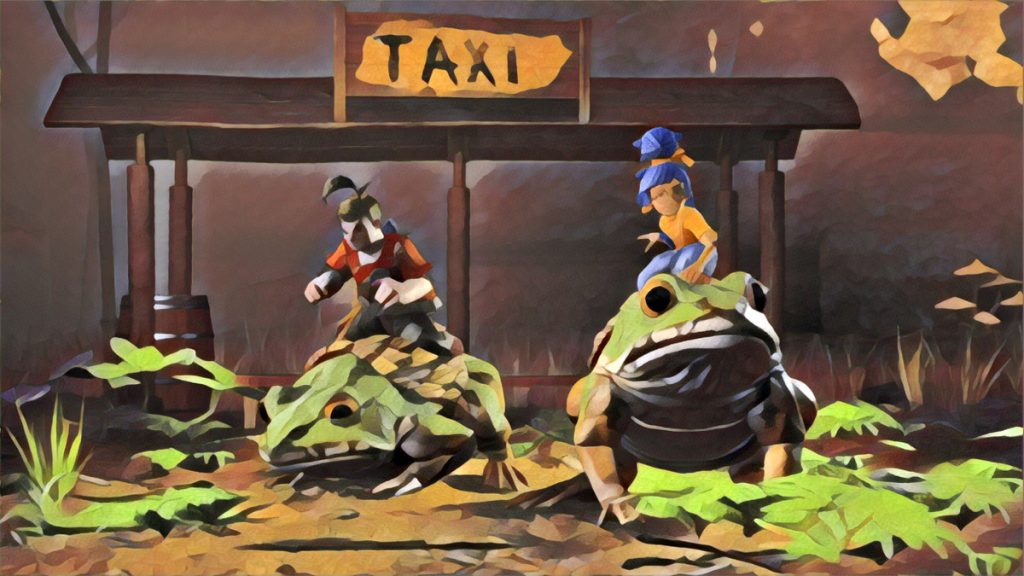 Not exactly robot dinosaurs… but come on! They’re riding froggies!