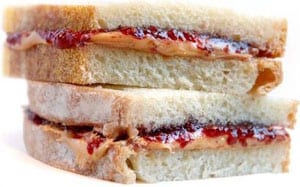 When I was seventeen I did not think I would ever be married, and I really thought that by now “3-D” movies would be holographic, But most importantly I had no idea what I wanted out of my life. I had no idea how to make myself happy.

And I was not happy. It took years of stumbling and trying to even begin to find the things that fit into the very obvious-shaped holes in my life. There were serious relationships that self-destructed in spectacular and violent ways, that we look back on now and heave a collective sigh of relief — and there were brief, seemingly chance meetings that grew into the most important of my life. (Lena is first among these, but don’t tell her or she’ll get a big head about it.)

The most important piece of the Me puzzle I did not have was what, exactly, I wanted to do with my life. What did I want to be? While I have never really believed in the theory of diminishing possibility, (if I wish to become a speargun-toting shark-hunter at ninety eight I will enroll in scuba classes and do it, dammit) I did have to admit that there were probably a few acrobatic/super-spy/ninja jobs that I might be growing out of the age-range for.

Then, seven or eight years ago, and with my wonderful wife’s blessing, I got fired from my job and became a househusband. (I am surprised and amused that my autocorrect did not flag that word.) And even better, I became an illustrator/author for my own webcomic series. This lasted for five and a half years, and taught me the second best thing I ever learned: I do not want to draw a webcomic for a living.

The first best thing? I love to write.

So now, at forty four and eleven twelfths, I finally know what it is I want to do. I finally have the pieces of Me arranged in something that looks like a full, and happy person. Yes, it took a long time, and yes, I kinda wish it had happened earlier. But you know what? If it had, and it had been the wrong time, I might have missed it. I wouldn’t have been ready.

So, for everyone out there who might have been in the same boat as I was, I am here to tell you, and to show you, that it isn’t always easy, and you should give yourselves a break. Relax. You aren’t supposed to know everything — not even about yourselves. Try stuff. Enjoy it. How do you think you’re supposed to know what you are going to love before you’ve done it?

And try the PBJ-potato chip sandwich. That you will love.