The Potatoes of EPCOT 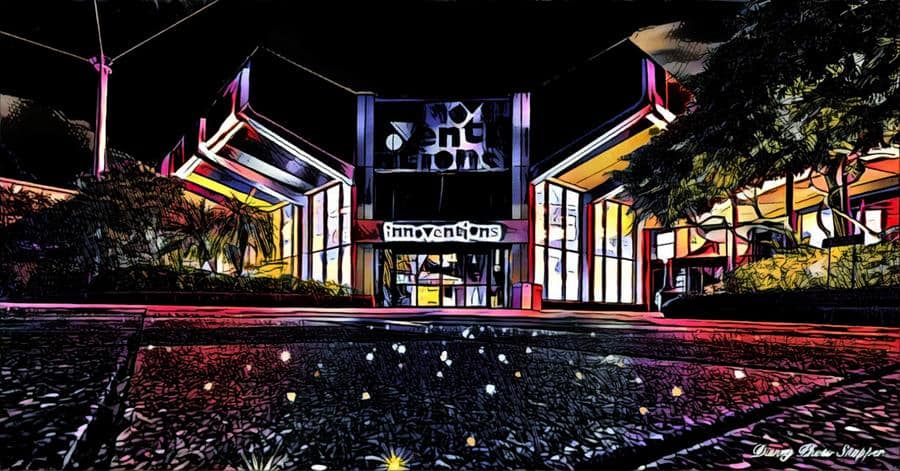 This is where Batman would lair up if he were a cartoon scientist.

I maintain a fairly healthy curiosity for the world around me, but even I don’t go to playgrounds and theme parks for education. Playtime should involve relaxing and diverting experiences, not stress about dwindling resources and the safety of your food supply.

Enter the Monsanto exhibit at EPCOT’s Hall of Innovention.

The Experimental Prototype Community of Tomorrow was still fairly new at the time, and Lena and I were on one of our first vacations as a married couple. Just past the big golf ball were Innoventions East (now a Mouse Gear store) and Innoventions West (now rubble, but on its way to being something called Journey of Water that hopefully does not end in a toilet.) 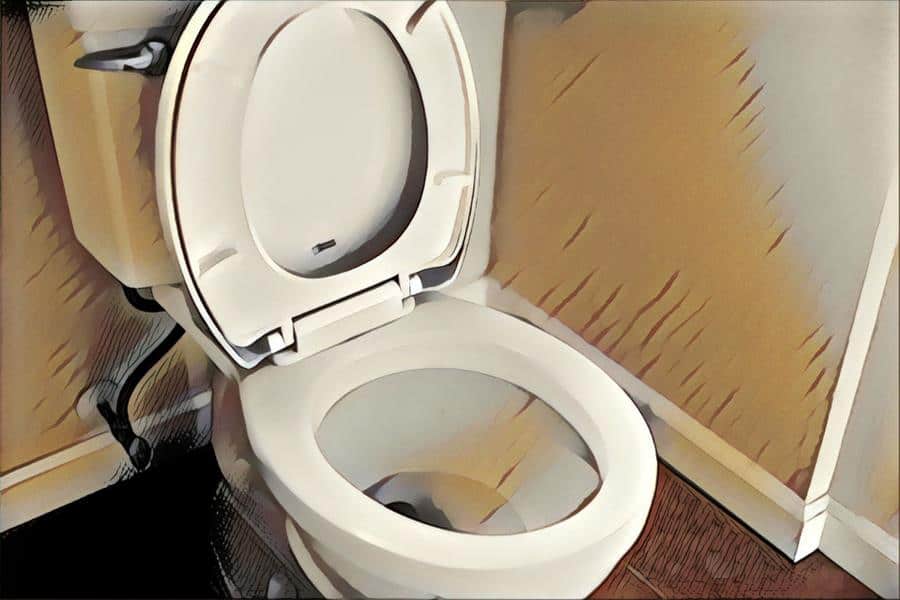 The rumors that Disney was trying to economize with a combination
toilet/drinking fountain are almost certainly false. Probably.

Lena and I had just finished lunch, of which the best part was the french fries. EPCOT had better food than the rest of the parks back then, but it was still a low bar. French fries were simply the least fuckupable thing to order. Happily, all the food is pretty fantastic now.

Monsanto was in Innoventions West, and part of their exhibit was a big yellow cylinder, the middle portion of which was a habitat for a beetle. Like one of those big fancy aquariums, but with dirt under a heat lamp instead of water. It was a pretty big space for a single beetle, and it did not appear to be doing much.

“Not much,” I answered. “Maybe all the fun beetles are off for the weekend and this is the unpopular beetle that has to work Saturdays alone because he’s a bore and even the manager beetle who makes out the schedule hates him.”

A bright-eyed young man in a white and yellow futuristic onesie walked up. His name tag proclaimed him Darrell of Monsanto USA. “Do you have any questions about the exhibit?” 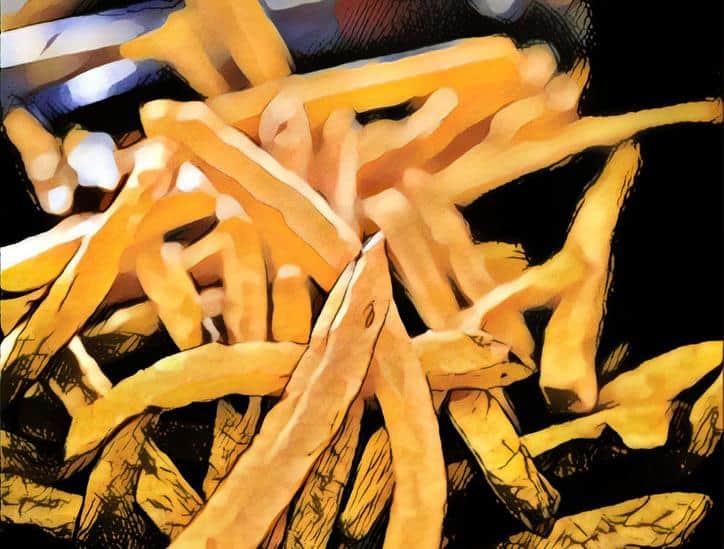 Back when fries were the safe choice.

“Yeah,” I said. “Why is this beetle so depressed? He’s not even climbing on the plants. Just sitting in the dirt, thinking about death and unfiltered cigarettes.”

Darrell of Monsanto USA’s face lit up, having just been given an opportunity to fulfill his singular job function. “This is a potato beetle. He doesn’t like the potato plants because they are genetically modified by Monsanto to be inedible to him. This process saves farmers millions of dollars every year in pesticides and pesticide distribution.”

“Tough luck, beetle.” I put a hand on the plexiglass in solidarity. 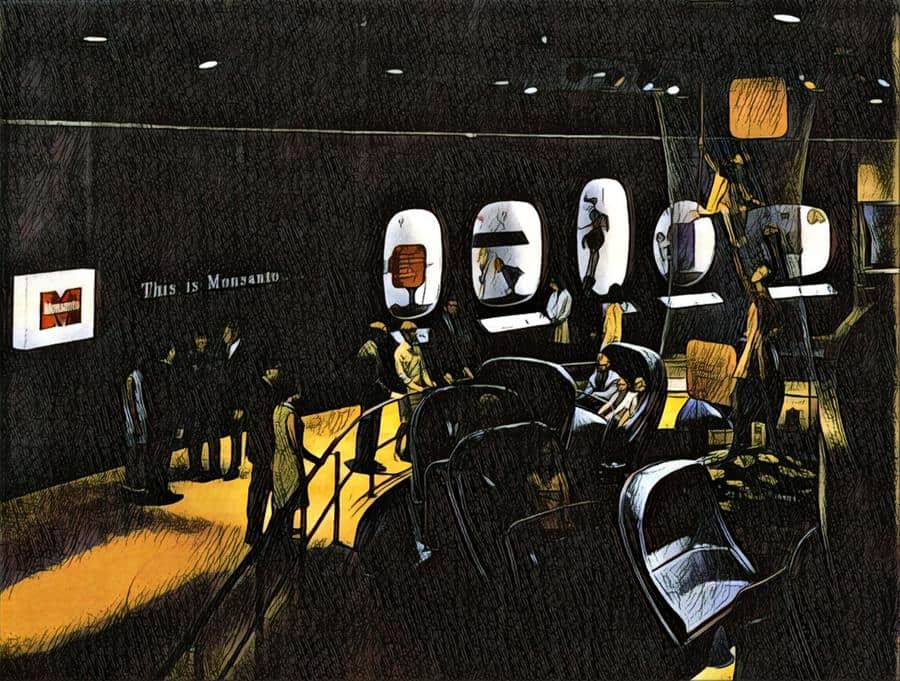 Buckle up, pardner, for the most edutainmiest ride in the wilderness!

“What do you feed him?” Lena’s question sounded harmless to the untrained listener, but I knew better.

“Feed him?” Darrell of Monsanto USA’s smile fell fractionally, but he recovered. “Oh, I see. No, the whole point is that he can’t eat the potato. It is completely safe.”

I raised an eyebrow. “Hang on. Are you telling me that this bug is smart enough not to eat that potato and you want me to?” 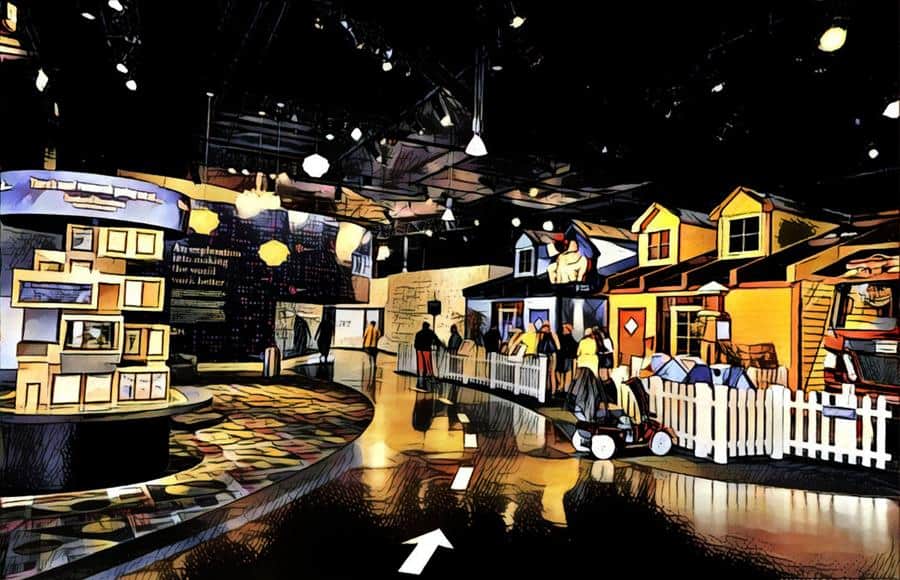 I always thought the Experimental Prototype Community of Tomorrow would be… bigger.

“So you’re not even feeding him?” Lena’s voice rose, attracting the attention of surrounding park-goers. “He’s just starving in there? Is this exhibit supposed to be about potatoes or slowly murdering innocent bugs?”

Lena continued, not at all influenced by the beers we’d had with lunch. “Excuse me,” she said to a trio of teenagers who were listening in and laughing, “have you seen the bug that Monsanto is killing while we watch? C’mere, look. This is what starvation does to beetles.”

“It makes them really boring,” I added. 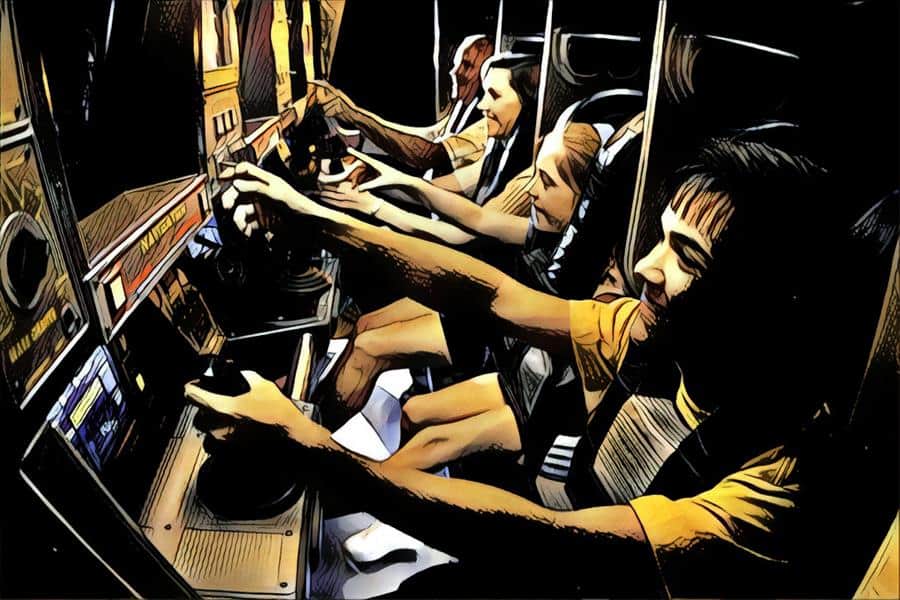 Mission: Space, the EPCOT ride most likely in all
the Disney parks to end at the toilet/drinking fountain.

Darrell of Monsanto USA stepped aside as people crowded in and the little brown potato beetle got more attention than he likely had in the past week.

“Are you really starving him to death?” one of the teenagers, a pretty girl with a round face and long curly hair asked. “That’s mean.”

“The guy said this is how they save money on pesticides,” I told her. “They catch the beetles one at a time and starve them to death in this cage-thing.”

Realizing he’d lost the crowd, Darrell of Monsanto USA retreated to slouch against a short, carpet-covered wall, the very picture of glum resignation.

“Darrell of Monsanto USA looks so depressed.” Lena shook her head. “Was it something I said?”

“No,” I assured her. “That’s how everyone who works for a giant, soulless megacorporation feels on the inside. I do wonder if there’s anything we could do for him though.”

“I’d give him french fries,” Lena said, a frown on her face, “But I’m worried he’d starve.” She sighed. “This is what you get for trying to educate people in a theme park. Sad, lonely cast members and beetles who can’t eat potatoes.” 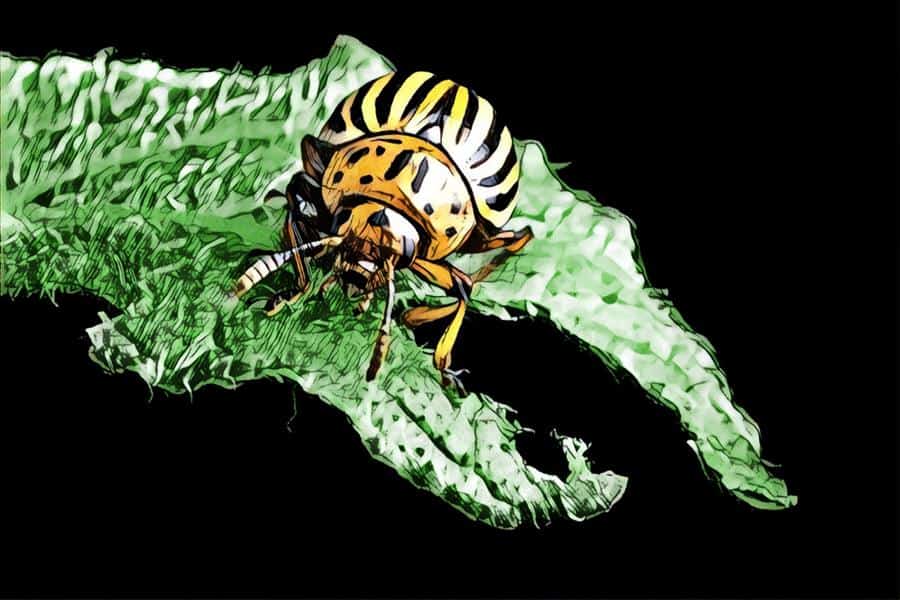