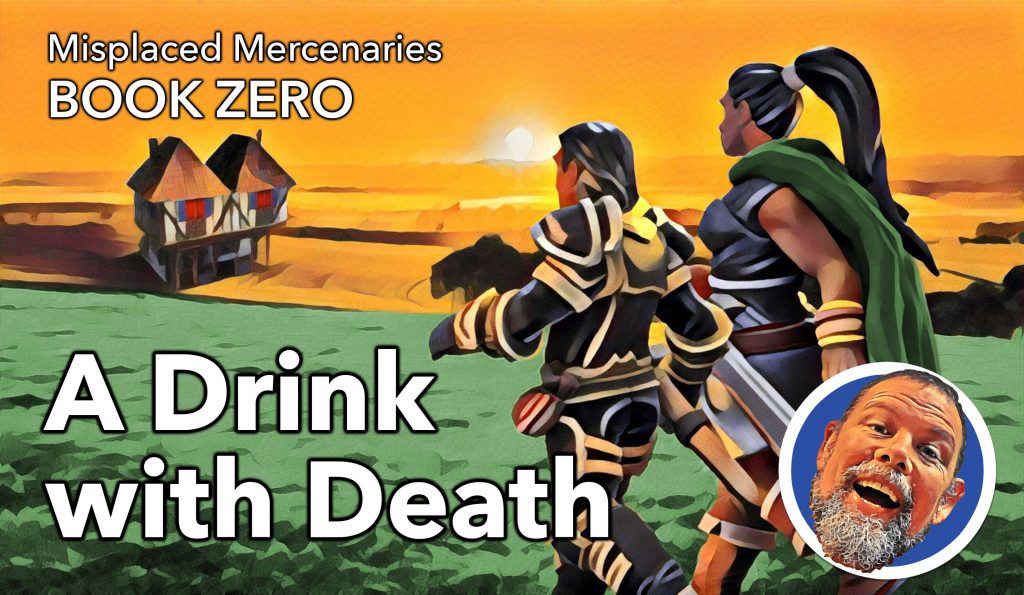 The very first graphic representation of Sarah and Keane. And some old guy.

“Hey, why don’t you make some illustrations for your short story, and then do that sweeping camera thing on them for the audiobook version? That’d be awesome.”

I love my publisher, and she comes up with some really great ideas. This appeared to be one of them. I certainly thought it’d be awesome. Sound effects began to suggest themselves in my head and I just knew I could make this into something really special.

Two weeks and seventy-three illustrations later, the project was finished.

In the end, this turned out to be something that I am very proud of, and that exceeded my expectations. You know when someone does or says something truly cruel to you and throw back an off-the-cuff retort that you thought was kinda clever and the other person bursts into tears and runs away? 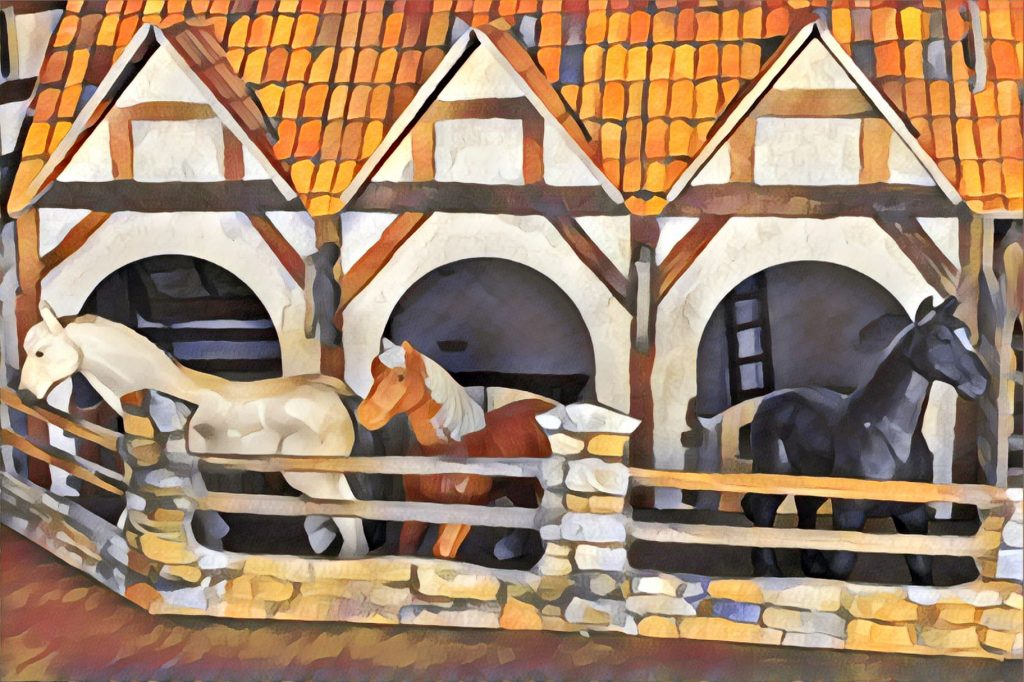 Can you believe that I have never fed these toy horses? It really cuts down on having to clean up the toy horse shit.

The story takes place almost entirely inside an abandoned tavern, and I had the perfect scene setting for it. I’ve been publishing a webcomic called Covidon on the Facebooks, and I use all sorts of Dungeons & Dragons terrain for the backgrounds. (I know, I know. You’re shocked that someone as cool as me plays D&D. Well D&D isn’t just for nerds anymore!*) One of the terrain sets I had was a tavern interior from a company called Dwarven Forge, who specializes and excels in creating just this sort of thing. They’re sort of a medieval/sci-fi version of HGTV for your tabletop.

Next, I went to Hero Forge—an entirely different sort of forge—for my character designs. This company allows you to design miniatures for your game (the character pieces that travel around through all of your extremely clever terrain), which they will 3-D print for you in a variety of materials. Part of this process is a dress-your-own-Barbie/murder-hobo character designer, which the company allows you to pose and download images of.

So I just Photoshopped my character images into my tavern photos, digitally painted them, and yadda-yadda-yadda, art! 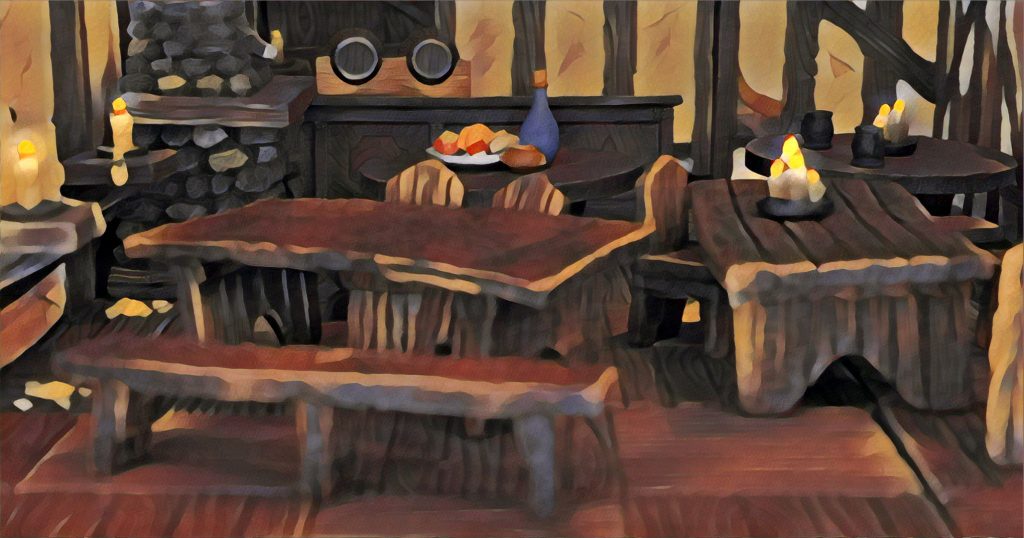 To protect myself I asked both companies for permission first. Hero Forge required a little bit of finesse—they were concerned about me stepping on their Terms of Service. But as soon as I convinced them that I would only be losing vast amounts of time and money and not profiting (at all) from their works, they seemed happy to let me proceed.

This is right and natural, and they were very cool about the whole thing.

Dwarven Forge, on the other hand, was more of the, “Hells yeah—send us the link when you’re done!” frame of mind. Almost as if they could somehow intuit just how much money I’d spent on them over the years. (Shudder.)

I picked out all the music, let Lena listen to it, then trashed it and picked it all out again when she offered her very constructive criticism of my choices. Because my baby is always right and reads these newsletters. 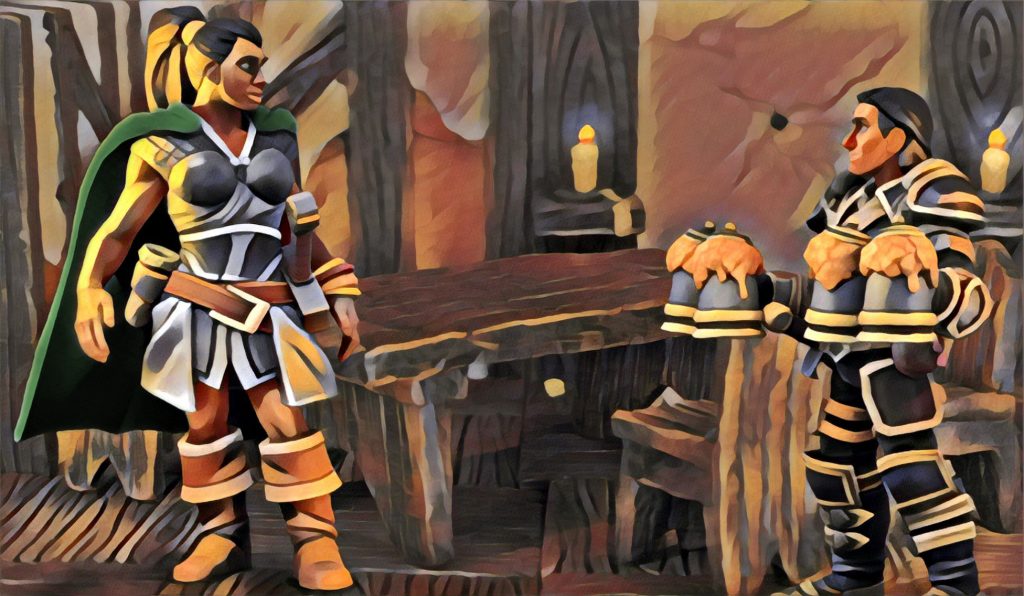 Finally, I added the sound effects and viola! the job was done.

My brother and sister said they loved it, although they didn’t know that I could see on the analytics that they hadn’t watched it yet. They’re not really tech people.

But the whole point of this is that there is now a story you can watch instead of read, and it’s something I am excessively proud to bring you. Take a look, like, and comment if you feel so moved.

Despite my feelings toward it, this video is very unlikely to make you cry.

A Drink with Death on the YouTubes 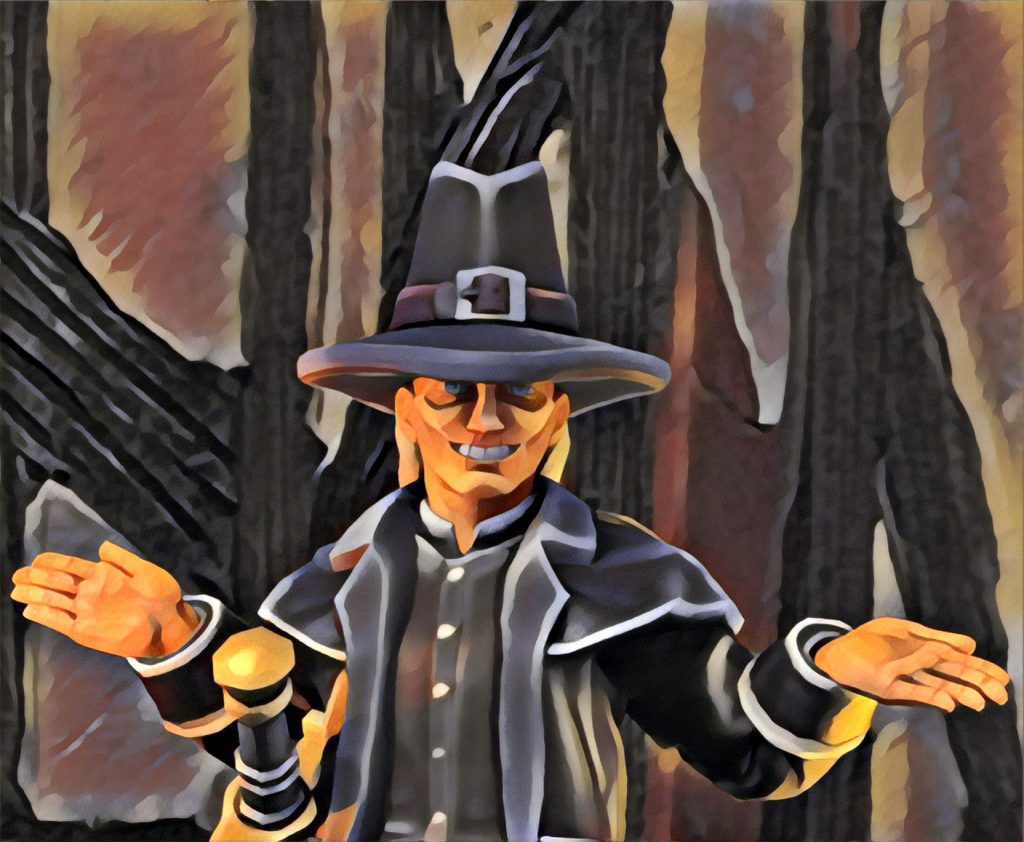